Is Anyone Thinking About the Children?

And the king said: ‘Divide the living child in two, and give half to the one, and half to the other.’ Then spoke the woman whose living child was unto the king, for her heart yearned upon her son, and she said: ‘Oh, my lord, give her the living child, and in no way slay it.’ – The Bible, Kings 3:16-28 – The Story of King Solomon and “Splitting the baby”. 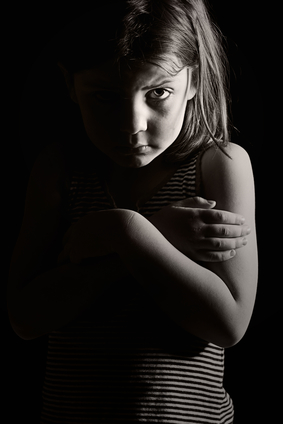 On February 11th, a grandfather shot and killed his grandchildren’s mother in a Delaware Family Court. Christine Belford, a contact lens technician, and David Matusiewicz, an optometrist, were married from 2001 to 2006. As reported by delawareonline.com on February 12th, they had 3 daughters, who were the subject of a custody battle during their divorce. One of the girls is autistic.

That made the paternal grandfather very angry. He repeatedly contacted news sources stating that they inaccurately portrayed the situation. His family fell on hard times. He and his wife declared bankruptcy in 2011. They also owned a handgun.

On February 11, 2013, the parents were due in court for a child support hearing, and that was when the 68-year-old paternal grandfather shot and killed Christine, leaving the 3 young girls without a mother.

This story has particularly struck me. What drove the 68-year-old man to commit such an act? Was it sheer desperation? Mental Illness? Easy access to a handgun? Could this tragedy have been averted with intelligent and sensitive intervention of a mediator at the right time in the process? How many institutions, therapists, psychiatrists and social workers will it take to help these 3 girls live their lives after suffering such a tragedy? Will they ever succeed?