Thoughts on The Hague Convention 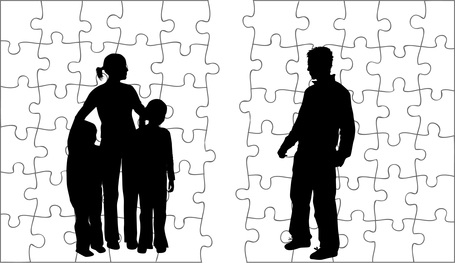 In my last blog, we talked about the U.S. Uniform Child Custody Jurisdiction and Enforcement Act (UCCJEA) and its application on an international level. The Hague Act can further complicate an already complex situation. To read the actual text of the Hague Convention of October 25, 1980 on the Civil Aspects of International Child Abduction, click here.

In the 21st century, family members often reside in different parts of the world. What happens if the parties live in one country and one of the parents just leaves and disappears with the children? Or, the parties’ relationship is amicable and they are simply trying to understand which country’s laws should govern their separation and divorce?

Recently I mediated a divorce case through video conferencing, where the husband lived in New York, the wife lived in London and the children were in the Ukraine. And suddenly, the complexity of the regular world of negotiating custody, support, equitable distribution, and filing for divorce tripled:

In mediation, all of these things can be discussed and worked through, if the mediator is sufficiently savvy to understand and flag international legal issues. Clients can then get appropriate advice in terms of whatever jurisdiction they are located in, from the lawyers in their country. And all of this can be worked out and not turn into a big huge mess that ends up in court.

A recent New York case illustrates the issues involved in international custody disputes and how New York judges view the Hague convention. (See New York Law Journal – October 2, 2012.) In that case, the mother and father lived in London with their daughter. The relationship deteriorated and the mother left England and took the parties’ daughter to New York. At first she lived in a shelter but then moved out and enrolled the child in school. There was a history of abuse, confirmed by the daughter’s therapist and the child did not want to see her father.

More than a year had passed before the father was able to track the whereabouts of the mother and the child. He came to New York and filed the petition in Manhattan Federal Court under Article 2 of the Hague Convention International Child Abduction Remedies Act, asking that the child be returned to England. The mother’s defense under the Act was that, since over a year had passed, the child was to be considered “settled” in the new country. The father said the defense should not apply because the year should run from the date on which he discovered where the child was located and not from the date of the actual move.

Result? Judges are people, and often, when there is no clear precedent or statute, a lot rides on what a Judge feels would accomplish a fair result. If they like the litigant, they will rule in his/her favor and then … make the law fit, which is exactly what happened here. There was a history of abuse. The child was settled in New York. The court held that the mother was able to assert the “resettlement” defense from the date of the “move” and not the date of “discovery”.

The moral of the story? If at all possible, settle these matters out of court!