“It is difficult to make our material condition better by the best law, but it is easy enough to ruin it by bad laws.” – Theodore Roosevelt 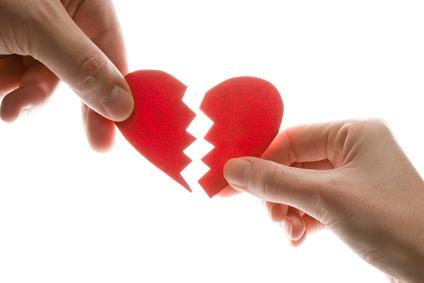 Sometimes new laws are made for the best of reasons, and yet they end up being flawed. Often legislation is passed in a great rush, and it unfortunately has unexpected or unintended consequences. Here is a case in point.

New York State did a wonderful thing 3 years ago when it passed The Marriage Equality Act, which allowed same-sex marriages to take place. The new statute not only applied to New York State residents, but permitted couples from other states to come to New York in order to marry. As a result, many same-sex couples from states where same-sex marriage was not allowed took advantage of this statute and were married in New York. The State of New York welcomed them, collected their filing fees and tourist dollars, and received a lot of kudos from the media. All is wonderful, right?

Three years passed and I received a phone call from Jane, who said she and her wife, Mary, wanted an uncontested divorce. This was an amicable divorce – no joint property, no children, just what we call a “walk-away.” The couple knows that things didn’t work out, and they want to go their separate ways.

The problem is that Jane and Mary live in a state which does not allow same-sex marriage. Their home state can’t divorce them, because according to the laws of that state, they are not married. Nor can they remarry in their home state, because when you remarry you specify in your marriage license application whether you have ever been married or divorced. This specification includes all marriages and divorces in any other state or country.

Other jurisdictions that legalized same-sex marriage, like Minnesota or Washington DC, for example, thought about it and waived the residency requirement if a same-sex couple was married in their state and now need a divorce, and can’t obtain it in their home state. All New York needed to do was create a little footnote amendment to its law saying, “and for people residing in states where same-sex marriage is not recognized, but who need to terminate their same-sex marriage, the residency requirement of New York will be waived.” That’s all the legislature needed to do – add a simple footnote.

Unfortunately, this wasn’t done. And now Jane and Mary are “wed-locked.” Marriage Equality laws are supposed to normalize lives of members of the LGBT community, but sadly, legislators in New York failed to realize that the right to marry should also include the right to divorce. This is particularly difficult for out-of-state couples who do not have financial means to come to New York and establish a residency necessary to file for divorce. Sadly, New York’s failure to address this issue penalizes not only gay couples in general, but especially low-income gay couples. I understand that lobbying for the right to divorce may not be as politically appealing as lobbying for the right to marry, but the word “equality” means exactly that – equal rights. I hope that the state of New York will rectify its blunder soon, so that gay couples who need to go their separate ways can move on with their lives.