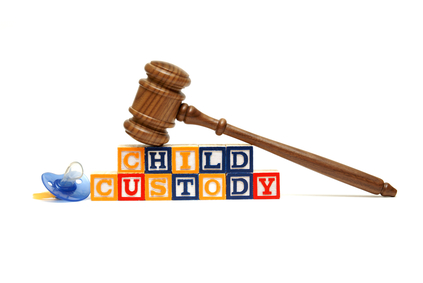 “In the little world in which children have their existence, whosoever brings them up, there is nothing so finely perceived and so finely felt, as injustice” – Charles Dickens.

One of the most difficult decisions a judge has to make in a divorce case where children are involved, is who gets custody. In New York State, as well as most others, the standard for deciding custody is relatively fluid. A judge has to base his/her decision on what is in the best interest of the children, but the problem is that it is a very subjective standard. What you or your spouse may think is in your child’s best interest may be very different from a particular judge’s view. This view is influenced by the personal and moral values and background of the person making the call, whether it is the judge, an attorney who represents the children, or a forensic evaluator. One of these decision makers may feel that a child needs the best possible education with the goal of achieving professional and financial success as an adult and thus may align with a parent who shares the same view. Another decision maker may place more value on a parent who allows the child to have a more relaxed and less ambitious childhood.

In a recent article in the New York Law Journal published Jan 4, 2013 and entitled “Child Custody Factors: Relationship With Both Parents Gains in Importance”, Timothy M. Tippins analyzes this issue. If you have to have a third party decide what is in the best interest of your children, you are putting the life of your family in the hands of a person whose personal and social views and value system are unknown to you.

For example, one may think that a judge would see the point of view of a mother complaining that the father does not provide nourishing meals, takes the child to McDonalds and doesn’t have him wear a sweater or scarf when it is cold. However, a judge or the child’s attorney may say, “So what? They can grow up happy on McDonalds and if they need a scarf, they will learn to put it on themselves.”

Despite distinct value systems and personal view, the courts have consistently agreed on one single factor; it is clearly in the child’s best interest to have as much parenting time with each parent as possible. Therefore, in recent years, New York judges increasingly focus on whether a parent can facilitate a positive relationship with the other parent, the one who wouldn’t get custody. Judges consistently grant custody to the parent who is more likely to foster a positive relationship with the noncustodial parent.

Any parent who decides to battle for custody must be aware of this critical issue. When one parent seeks to diminish the relationship between the child and the other parent, the court knows it could lead to psychological or emotional problems in the child. A parent who does this raises a red flag in a judge’s mind and is more likely to lose custody.

The takeaway? First, try to keep your custody issues out of court. You cannot predict your judge’s value system, which will, often subconsciously, be applied to your situation. Second, if it is impossible to settle the custody issue out of court, make sure to show that you encourage a positive relationship with the other parent.