The Quagmire of Divorce, International Style 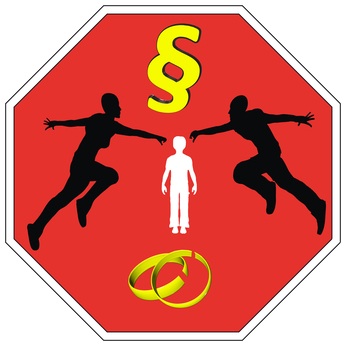 Different states in the United States view custody, jurisdiction and enforcement pieces of a divorce differently. Because of that, there is what is called the Uniform Child Custody Jurisdiction and Enforcement Act (UCCJEA). UCCJEA was drafted in 1997 and was adopted by all States except for Massachusetts and Puerto Rico. Basically, the UCCJEA gives exclusive and continuing jurisdiction for custody cases to the child’s home state.

Once a court makes a child-custody determination consistent with UCCJEA, that state’s jurisdiction will continue until either (1) that court determines that neither the child, the child’s parents, nor any person acting as a parent has a significant connection with the State that made the original order and that substantial evidence is no longer available in the State concerning the child’s care, protection, training, and personal relationships, or (2) that court or a court of another State determines that the child, the child’s parents, and any person acting as a parent do not presently reside in the State that initially made the child custody order.

But, what if a parent resides in a different country?

One interesting case to illustrate this issue was in December of 2011, Serihy M vs Olena O M. The parents marry in the Ukraine and live there when their daughter is born in 1997.  A year later the father moves to New York to look for work while the mother and daughter remain in the Ukraine. The family lives apart during the next ten years and briefly attempts to reconcile during one month in 2007 and one month in 2008, when they try to live together in the father’s Brooklyn apartment. Reconciliation does not succeed and the mother and the child return to the Ukraine where the parents divorce a few months later. That same year, the mother moves to New Jersey to work as a nanny and leaves the 11-year-old daughter in the Ukraine under the care of her family members. As of 2011, the child visits the United States a few times but continues to live and go to school in the Ukraine.

In 2010, the father goes to Brooklyn Family Court and files a petition for a Writ of Habeas Corpus, asking the court to order the mother to produce the child in court. The mother, who at that point resides in New Jersey, appears in court in New York and responds that the child has returned to the Ukraine. A month later, the same Brooklyn Family court orders the mother again to produce the child and in September of 2010 the father petitions for custody and the mother cross-petitions for custody as well. What a mess!

After the Ukrainian decision, the mother requests that the Brooklyn Court dismiss the father’s custody petition claiming that Ukraine now has continuing exclusive jurisdiction since it has already determined custody. Besides that, New York is an improper place to decide this case, since the child has lived in the Ukraine all her life.

The Court reviews UCCJEA and analyzes the case under DRL § 75-d,  which provides that a New York court shall treat a foreign country as if it were a state of the United States and its child custody determination must be recognized and enforced if (1) the determination was made under factual circumstances in substantial conformity with the jurisdictional standards set forth in DRL § 75-g, and (2) the child custody law of the foreign country as written or applied does not violate fundamental principles of human rights.

The Brooklyn Court acknowledges that there was due process in Ukraine and states that while Ukraine’s family law and its application differ from New York’s, Ukrainian law does not violate fundamental principles of human rights. In addition, the Court states that parties did not present enough proof to show that Ukraine should be treated as a state under UCCJEA. However, in this case, even if UCCJEA would apply, the Court holds that New York would not have jurisdiction because of the definition of the child’s “home state” under DRL § 75-d. After all, the child did not reside in New York but in the Ukraine six months prior to the father’s filing of the petition for custody in New York and just because the parents are not present in the Ukraine does not necessarily mean that the child has no “home state.” The home state would be in the Ukraine and Ukraine has the most substantive connections with the child.

The quagmire of international custody issues can prove extremely complex and costly for most families. Laws of different countries must be applied and analyzed. Proceedings must be commenced often in various states and various countries. Without first confirming jurisdiction, a court would not even look at the substantive issue in the case. It may take years to sort through various jurisdictional issues and this means that a judge does not even begin to look at the real dispute between the parties. Unfortunately, many of the people involved in complex international disputes are unaware of the existence of alternative dispute resolution. A mediator with international experience and cross-cultural sensitivities can help the parties resolve it much faster and with less emotional and financial cost.