“To Break the Entail We’d Need a Private Bill in Parliament?” – from Downton Abbey, PBS

In October 2010, the New York State legislature has created a new temporary maintenance formula designed to level the financial playing field by providing temporary support to a lesser-monied spouse during a pending divorce case. Right now there are discussions about extending that law to include permanent maintenance award after the conclusion of the divorce process. 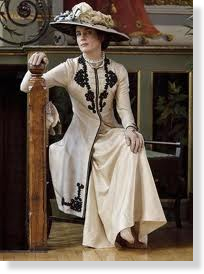 In a March 1, 2012 New York Law Journal article entitled “Formulaic Maintenance; a Remedy in Search of a Rationale”, Timothy Tippins explores problems in applying a faulty calculation on a permanent basis and forcing a permanent redistribution of income post-divorce.

Tippins aptly begins by discussing the origin of maintenance laws in the British Common Law system where women were not permitted to inherit any property. In fact, if a woman had an estate or inheritance of her own, once she married, that money/estate would merge into the estate of her husband and she no longer had any rights to it. In those days divorce and separation options were quite limited and women’s property rights were virtually nonexistent. Scores of novels describe struggles faced by women caught in the resulting legal and financial quagmire.

For people who are not all that keen on delving into Victorian English jurisprudence, or fiction, one of the primary examples can be seen in a recent PBS television series called “Downton Abbey”. The absence of sons in a wealthy British family threatens the daughters with a loss of their estate and childhood home and places them at the mercy of a distant male heir.

The original purpose of alimony payments was to provide some sort of financial support to a wife who, after a separation or a divorce, was left with no property, no profession and no way of supporting herself. 20th Century property laws and equitable distribution laws that redefined marriage as an economic partnership were specifically designed to correct this problem. Now, dividing a marital estate was similar to dissolving a partnership between two mostly equal partners.

The purpose of some sort of a maintenance award after the onset of equitable distribution was primarily to compensate a spouse, who was unable to pursue a career because of raising a family, and who contributed to the other spouse’s ability to enhance his earning capacity by freeing that spouse from household obligations. The resulting maintenance was often geared toward helping the “at home” spouse to gain skills, provide for her if she was unable find a job due to age, illness or lack of education and supplementing her income in order to help her become self-supporting. 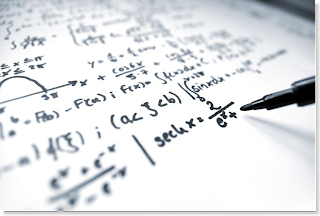 Lo and behold, comes “the formula” in October of 2010. Some hail it, as it provides some assurance of a fairer playing field during a divorce. Others criticize the calculation, as it sometimes produces ludicrous results. Tiippins illustrates one such result, especially, if it were to be applied to permanent maintenance. In Tippins’ example two law students marry and pursue intended careers for several years. One works in public service and earns $100,000 a year and the other joins a large firm and earns $300,000 a year. Assuming there are no assets and no children and maintenance is the only issue, application of the formula would remove $60,000 per year from the higher earning spouse and deliver it to the one who chose to work in public interest and earn $100,000. Despite each person ending up in the exact same position he or she would have been in had the marriage not occurred, as a result of the relationship the lesser-moneyed spouse has won a lottery of an additional $60,000 per year

Is there a need for a “formula”? Perhaps, but the one created for temporary maintenance in 2010, simply does not make a lot of sense. We often tend to create laws and then, after years of bad results, tweak the language and the calculations. But this trial and error approach is not only faulty on the legislative level. It hurts people for decades. Let’s take our time, run through all possible scenarios and really come up with a logical solution that would work.