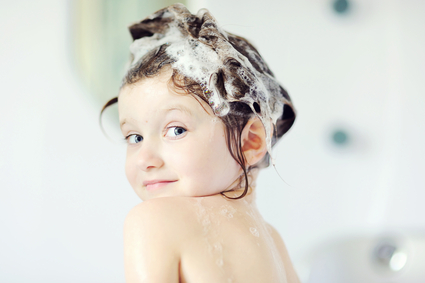 In the December 20, 2013 Law Journal, there is a very interesting case called Matter of CW v. CYR. This case comes from Kings County Family Court (Brooklyn Family Court) and it started on November 20, 2013 when the Administration for Children Services (ACS) filed an emergency petition against parents to remove their 4 children. What happened?

The father lost his Blackberry in April of 2013. The person who picked up the Blackberry found on it pictures of naked children and turned the phone over to the police. The police issued a warrant to search the house and to examine all the computers because allegations were made that the pictures were showing children in sexually explicit poses.

The District Attorney’s office got involved and then involved the ACS, which removed the children. Fortunately, the children were not removed into foster care because there were family members that were willing to take them, but they were removed from the parents.

The parents were upset and did not cooperate too well with the ACS, which made the ACS even more angry, so as a result, there was a full fledged lawsuit in Family court which ended up in a hearing. The issue? The ACS alleged that the parents had sexually explicit photos of their children. In addition, the parents refused to bring the kids to their social worker appointments or forensics and would not speak to the case worker.

What was extremely interesting about this case were the actual pictures. During the hearing and in his decision, the judge actually described each of the pictures.

After viewing the “evidence,” the judge dismissed ACS’s case, saying what the parents did was to explicitly record play-by-play life of their children. Then they sent these pictures, with comments, to family members. The judge went through the analysis of the law and concluded, that while these pictures may not have been very smart in retrospect, they did not constitute “child pornography.” Under the law, there needs to be a “lewd exhibition of the private parts of a minor child” and the judge did not find it to be so. Also, none of the children was physically or emotionally abused or neglected. They were nurtured and taken care of.

Despite the positive outcome, the family in this case has gone through quite an ordeal. Everyone did the right thing. The person who found the Blackberry with the pictures was concerned and did the correct thing handing it over to the police. The police officer was concerned and went to the DA’s office. The DA’s office was concerned and turned it over to the ACS where caseworkers decided that this matter rises to the level of creating an issue in court. After going through what each picture says, the judge did the right thing and dismissed the case against the parents.

In the meantime, 4 children were removed from their parents, all based on the judgement calls made by ACS workers and the DA as to whether they thought that these pictures constitute child pornography.

We have a system that is supposed to be designed to protect the children and the family, and what are we doing? Yes, maybe the pictures did not represent the best decision making by the parents, but there was really nothing patently wrong with them, yet in the process, these children who are nurtured and fine, have been negatively affected not by their parents but by the systems which are created to protect them.

THE TAKEAWAY: Parents – be very careful with your photos and videos. When you are taking pictures of your kids, make sure that their private parts are not visible in the pictures. Because even if you or your family think  the photo is cute and harmless, you don’t know what kind of a reaction you may get from an official in a particular institution who happens to glance upon it. It could initiate an investigation, that will turn out to be an ordeal for your family.