Is It “Culture Versus Law”?

“The wise man belongs to all countries, for the home of a great soul is the whole world.” – Democritus

Whether it is mediation, litigation or otherwise, sensitivity to cultural differences is very important. 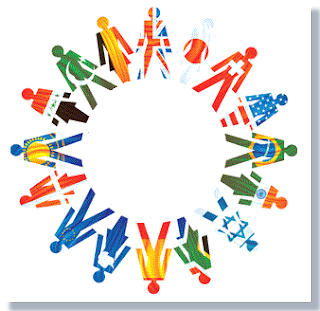 One of my main offices is in Forest Hills, which is located in Queens, one of the boroughs of New York City. Queens is the most ethnically diverse county in New York State. Families of all backgrounds, languages and faiths from all over the world arrive and make their homes in tightly knit Queens communities – Chinese, Korean, Japanese, Haitian, Indian, Bukharian, Italian, Hispanic, African, Russian, Iranian, Hindu, Moslem, Greek Orthodox, Catholic, Jewish, Buddhist, Bahai…. just to name a few.

Perhaps because of my office’s location or the fact that I spent more than 20 years advising diverse clients on family issues, I have developed a niche practice in helping people honor their cultural heritage as they address disputes against the backdrop of a 21st Century United States’ legal system. While representing culturally diverse clients in court requires a degree of knowledge and cultural sensitivity, acting as a neutral mediator often presents even a greater challenge, – to maintain a delicate balance between honoring the cultural and religious rules and rituals that a family has held sacred for hundreds if not thousands of years and, on the other hand, helping people understand U.S. law and come up with agreements that are considered fair and legally enforceable under our modern civil system.

Let us take, for example, a divorce mediation in a Hindu or a Bukharian family. The Hindus are primarily from India and the Bukharians are Jews from a Moslem country of Uzbekistan (formerly part of the Soviet Union). Religious and cultural practices are vastly different. However, both cultures are characterized by very tightly knit family structures and centuries’ old history of how disputes get resolved in their communities.

In a typical American divorce mediation, two spouses address their needs and interests with a neutral mediator, who facilitates the conversation, provides neutral legal information and helps them reach an agreement on each important item that needs to be addressed in a separation or a divorce. In that structure there is an assumption that each spouse is, at least, able to articulate what he or she needs or wants in order to move forward.

But what if that assumption is incorrect? What if a 45 year old woman from India is unable to articulate her needs and interests without consulting with her older brother, who has been her advisor in all financial matters even after her marriage? What if a 43 year old Bukharian man is unable to decide or even discuss what type of post-separation parenting time he would want with his children without the involvement of his parents, or sometimes, even his grandparents? A mediator would be unable to help the parties move forward in their dispute without understanding, first of all, who are the important advisors in their lives, and secondly, whether these people may need to be more directly involved and even present in the mediation process. And what if these people end up in court? Clearly, the judge will not devote any time to understanding cultural issues and helping them design a unique solution that addresses their concerns! He or she will simply apply the law, with which, even after a trial, a party may not comply if it contrasts with his system of centuries’ old beliefs. 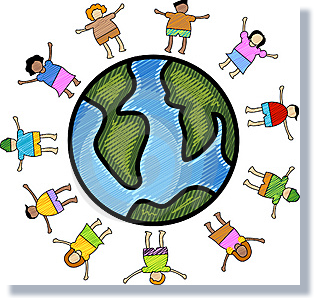 Some beliefs can withstand time. But what about those that are contrary to our society’s laws? How does one deal with an Iranian man who has several wives, or a Bhutanese man who feels entitled to marry a second wife, because the first wife did not “give” him sons? Or a Sicilian father who hits his teenage son after the son announces that he is gay? If we simply apply our laws, these people would probably end up in jail and feel that they have been grievously wronged by “the system”… Would arresting them enlighten them? I would tend to doubt it and suggest that in these cases “culturally sensitive” mediation may ultimately yield a better result.

Of course, mediating these cases is often tricky. It is imperative to watch for culturally induced power imbalances and be wary of prior “signed” agreements or quick settlement agreements between the parties, since they could have been obtained under duress.

In addition, what about first generation Americans in these communities? It is incredibly challenging for them, their parents, their clergy and community leaders to balance the values of modern New York and the old country. Will they be able to transform, blend in and function within our system, without completely losing the treasured beliefs of their ancestors?

In the United States, many parents and their adult children do not reside in the same neighborhoods. The parents do not get involved in their adult children’s or in their grandchildren’s lives. In contrast, in immigrant communities, the aging parents continue to play a vital role throughout the lives of their children and grandchildren. As they get older, they also receive full support from their family. Their wisdom is respected by the youth, and they are often consulted and advise on important events and topics. Their lives are enriched and so are the lives of the younger generation that resides with them.

This cultural heritage is a blessing that should be reconciled with but not lost in our modern world.