How Divorce Saved a Marriage

Oddly, sometimes it takes a divorce action to actually save a marriage and make it better. 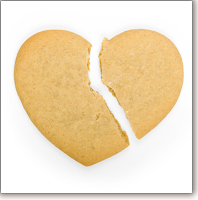 In one situation, a client came in very distraught.  Jane was in a long-term marriage and had 2 lovely children.  For years, her husband Bill, was a wonderful soul mate and then, suddenly, he made a 180 degree turn.  He took great risks with family money and engaged in affairs with other women.  His continuous “highs” and “lows” led Jane to seek help and conclude that he was suffering from a bi-polar disorder.  Unfortunately, he refused to seek help.   He was not seeing a doctor.  He was not taking medication.  He thought there was nothing wrong with him and everything wrong with her.

She did not want to break up the family, nor did she want to leave him, but one cannot knock on a locked door forever.  Finally, Jane decided that she needed to file for divorce to preserve the emotional and financial well-being of her family.

Mediation was out of the question as was collaborative law because Bill simply would not voluntarily participate in any process.  He continued to jeopardize the family’s finances, so we had to file an action for divorce in a very aggressive way.  In fact, we filed an emergency Order to Show Cause to restrain him from further dissipating family resources.  After it was signed by a judge, the Order had to be served on Bill personally, but Bill began evading the process server.  He wouldn’t answer the door.  He wouldn’t pick up the phone.  Finally, the process server caught up with him as he was running down the street with one of his girlfriends, and that is where and how he was finally served.

Bill then hired a fairly aggressive attorney to defend him and we moved forward.  It took months of litigation and financial discovery in court for Bill to finally understand what was happening to his and his family’s life and to realize that he was suffering from an illness.  He sought help, and Jane accompanied him on his visits to doctors.  After Bill’s condition was stabilized, Jane and Bill decided that they didn’t really want to get divorced, however, Jane still wanted security to make sure that if Bill lost control again, her future and that of their children would not be jeopardized.

Bill’s “aggressive” lawyer and I were completely on board in helping these people save their marriage.  It was finally decided that Bill and Jane would enter into a Separation Agreement that divided all of their finances and their responsibilities with respect to the children.  After it was signed by each of them, they would dismiss the divorce action and continue to live together. 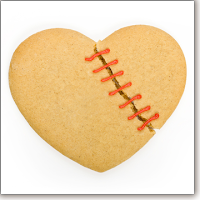 Through therapy, marriage counseling and psychiatric management of  Bill’s condition, Jane and Bill were able to stay married and live quite happily for a number of years.  Ultimately, after Bill had regained Jane’s trust, they both agreed to destroy the Separation Agreement.

Jane was wise to act fairly quickly, rather than wait for years as do many spouses of people who are suffering from an addiction or mental illness.  When a spouse unilaterally “hangs in there”, despite the other spouse’s refusal to acknowledge their problem, saving the marriage becomes less likely.  At that point, the supporting spouse is often simply too tired and resentful to stay in the relationship.  Jane and Bill’s story confirms that sometimes one can save a family by taking a drastic step toward its actual dissolution.