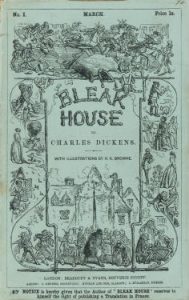 PROBLEM:   One would imagine that the last thing on the mind of someone  faced with a recent loss of a family member is a protracted contested estate litigation.  And yet, stories of capacity and undue influence over someone who signed a will are what  great novels have been made of, from the beginnings of history.  In his Bleak House, Charles Dickens depicts a horrific estate litigation stemming from wills written and promises made.  For a 100 years, “Jarndyce and Jarndyce drones on. This scarecrow of a suit has, in course of time, become so complicated that no man alive knows what it means… Innumerable children have been born into the cause; innumerable young people have married into it; innumerable old people have died out of it.“  At the end there are no assets left, except for the enormous bill for legal fees.

A natural heir, who feels wronged by a deceased family member who failed  to provide for him financially often believes that the decedent lacked capacity, had dementia or was unduly influenced by the one person to whom he has decided to leave his entire estate.  Such was the case of Mr. Cirnigliaro, who died on January 1, 2016. He executed a will on September 4, 2013 in which he left $10,000 to his son, Peter and the rest to June, his companion of 50 years, who was also designated as Executrix of the Estate. It is now more than 2 years later, and on January 16, 2018 the court finally makes a decision on a motion for summary judgment holding that the issue of capacity cannot be resolved because of “questions of fact” and the case will need to proceed even further.  2 years of legal fees paid to at least 2 sets of lawyers, 2 years of hold-ups on collection and distribution of assets… And now… it will “drone on”  as both sides will struggle to prove whether Mr. Cirnigliaro actually understood and meant what he was doing in 2013.

SOLUTION: At the time when he signed his Will in 2013, Mr. Cirnigliaro’s could have had 1 mediation meeting.  Just one. The participants would have included Mr. Cirnigliaro, his long time companion, June, his son Peter and other potential beneficiaries.  During that mediated meeting Mr. Cirnigliaro, maybe even in the presence of his attorney, doctor or homecare assistant, would have announced to everyone that he has made a will and, in general terms, what his wishes were.  The mediator would have facilitated the meeting and helped make the atmosphere bearable, and the parties would have confirmed in writing that this meeting has taken place.  One such meeting in 2013 costing under $1,000 would have clarified Mr. Cirnigliaro’s intent, alleviated the hostility among family members and eliminated the prohibitive financial burden of legal fees in 2018.

If you, or someone you know needs help with Wills and Estate Representation or Mediation , please contact us and we will be glad to help you.